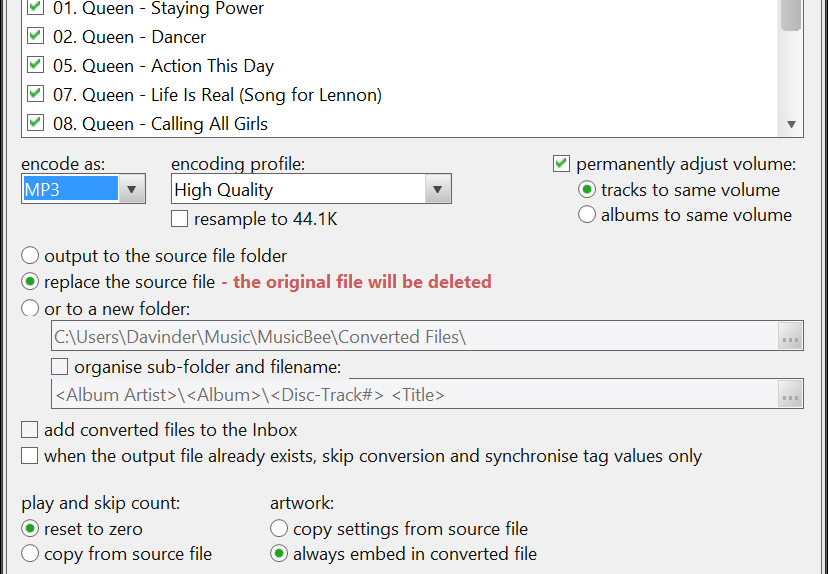 An article for all the techies out there with Windows Phones. A constant problem seems to be that artwork doesn’t sync correctly when using Windows Phone App Desktop App or Windows Media Player to a Windows Phone such as the Nokia Lumia 920.

I believe I’ve solved it, but this involves using MusicBee to sort out the Library.

In the past I’ve tried all methods with no joy at all, but it seems as though MusicBee can fix the MP3 files and then you should be able to use WMP and the other methods to sync. This is something I’ll try and then update this post.