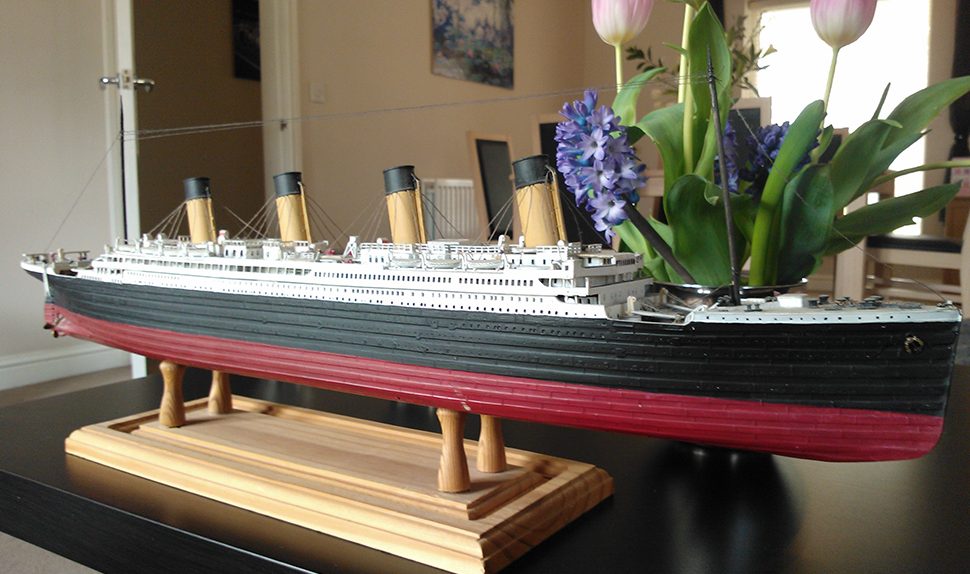 A Titanic model, built in the late 90’s during my uninteresting stint as a self-employed shopkeeper.

I actually built the model behind the front counter during the many tedious off days, so while I was serving cigarettes and alcohol, I always had the super glue handy (not for the customers). I never found the model to be heavy, or feeling like a heavy model which I wanted to create, so I filled the hull with Polyfilla and affixed several heavy steel and iron objects within it

It’s survived the test of time (longer than the original Titanic) although the masts need to be repaired soon.