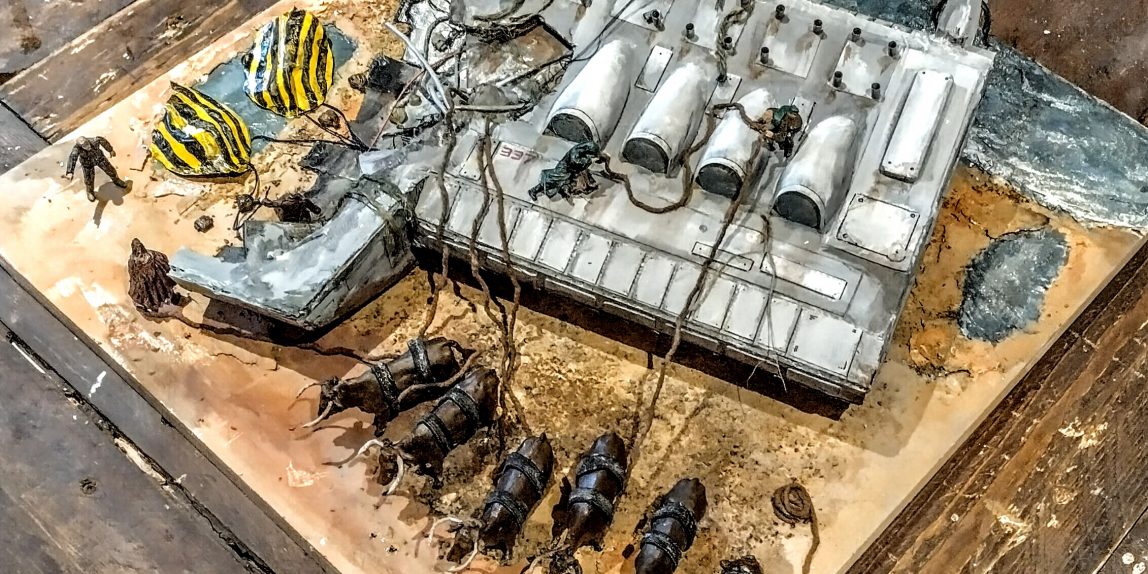 Completed it in record time from 10th December to a completion on the 24th December.

This Diorama is the opening scene from David Fincher’s Director Cut of Alien ³. The Emergency Escape Vehicle (EEV) crash lands on a prison planet, and a brief scene shows cattle pulling the EEV to the shore.

This is available for sale with FREE UK POSTAGE. Contact me for more info.

The EEV was scratch built from card. Figures are 1/35 ratio size Russian soldiers from the North East Model Centre, but modified with cloaks and bald heads. Oxen were modified and painted farm animal toys. First time simulating water, by PVA with tissue and then blends of paints, before covering with clear varnish. Sand was chia seeds PVA glued on and painted. Seaweed from frayed rope and painted.

Parachutes were added later, so some of the pics are without.