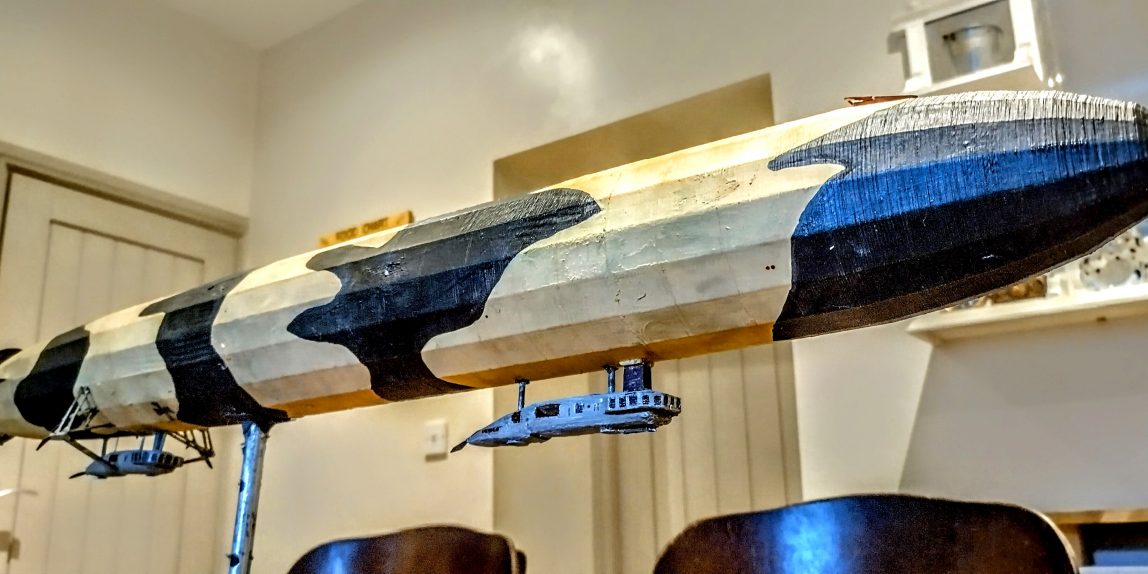 The reason for this one, an unusual camouflaged Zep, is that on 1 April 1916 it headed to attack to he north east; Tyneside in particular, but wind conditions meant it headed to the port of Sunderland. Before midnight, Millfield and Deptford were first to be attacked, before it headed to Monkwearmouth. 22 people were killed. The L11 faced a gun barrage at Fulwell forcing the Zeppelin to turn south east, dropping bombs on the docks, before heading to Middlesbrough and attacking there. It returned to base at Nordholz at 10am on 2nd April.

This Zeppelin survived the war, but was scrapped post-war.

The model was 3D printed, but the carriage part was mainly scratch built due to the fine detail.